The public sector has traditionally financed and operated infrastructure projects using resources from taxes and various levies (e.g. fuel taxes, road user charges). However, the rapid increase in human population growth coupled with extended globalisation complexities and associated social/political/economic challenges have placed new demands on the purveyors and operators of infrastructure projects. The importance of delivering quality infrastructure has been underlined by the United Nations declaration of the Millennium Development Goals; as has the provision of ‘adequate’ basic structures and facilities necessary for the well-being of urban populations in developing countries. Thus, in an effort to finance developing countries’ infrastructure needs, most countries have adopted some form of public-private collaboration strategy. This paper critically reviews these collaborative engagement approaches, identifies and highlights 10 critical themes that need to be appropriately captured and aligned to existing business models in order to successfully deliver sustainable infrastructure projects. Research findings show that infrastructure services can be delivered in many ways, and through various routes. For example, a purely public approach can cause problems such as slow and ineffective decision-making, inefficient organisational and institutional augmentation, and lack of competition and inefficiency (collectively known as government failure). On the other hand, adopting a purely private approach can cause problems such as inequalities in the distribution of infrastructure services (known as market failure). Thus, to overcome both government and market failures, a collaborative approach is advocated which incorporates the strengths of both of these polarised positions. 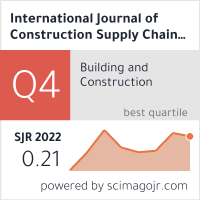